In conventional dark matter direct detection experiments, the desired signals are rare collisions between dark matter (DM) particles from the galactic halo and nuclei in a target, e.g. in liquid xenon or in crystals. However, if the mass of the hypothetical DM particle falls below about 1 GeV (roughly the mass of the proton), a scenario called sub-GeV DM, these collisions deposit only very little energy in the detector. For most experiments, this means that they cannot detect sub-GeV DM.

Many ideas have been proposed to extend detection sensitivity to sub-GeV masses. The most studied strategy is to look for collisions between DM particles and electrons instead of nuclei. Experiments such as SENSEI have probed DM down to 1 MeV (roughtly twice the mass of an electron). 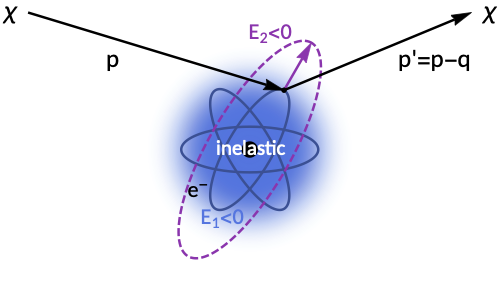 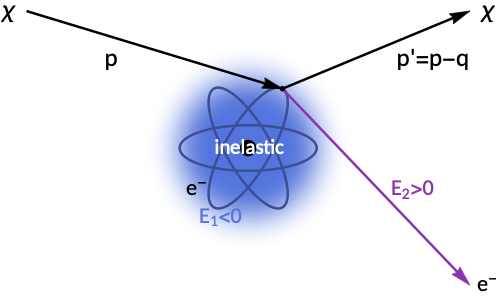 On the theoretical side, collisions between DM and electrons are much harder to describe than nuclear recoils. The reason for this is the fact that electrons are not sitting still but are bound in atoms with discrete energy levels. Incoming DM particles might induce transitions between these energy levels leading to either electron excitation or ionization, which in turn could trigger a detector. 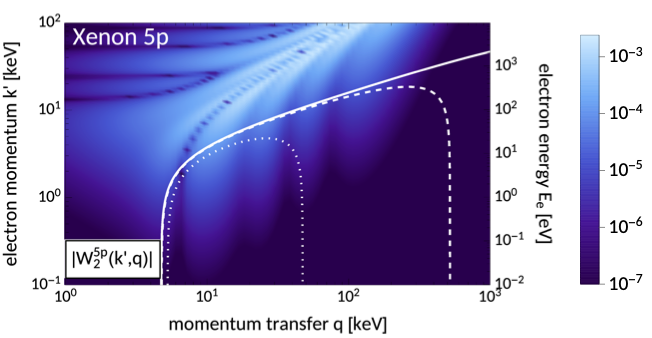 This could have wide implications, even for condensed matter physics. If DM gets discovered in the (hopefully not too far) future, and it turns out to interact with electrons via non-standard interactions, DM could serve as a probe to test new material properties. Hidden properties that could not be probed via the electromagnetic interaction.

It is now the task to explore different target materials and how they can respond to this type of interactions. So far we have published papers about isolated target atoms, and crystals such as semiconductor targets. But there are many more interesting materials that are either already in use in current experiments, or proposed for future detectors.